A large turn out of Rotarians attended the funeral of one of their own to pay their respects to John Seaton. John spent much of his time supporting many organisations and as such was held in high esteem by those who benefitted from his professionalism as well as friendship.

In the Rotary year 2009/2010 John's contribution to the Forfar Rotary Club was recognised when he was awarded " A Paul Harris Fellowship". This is the highest award given in Rotary and it is given to those who were deemed to have given exceptional service. 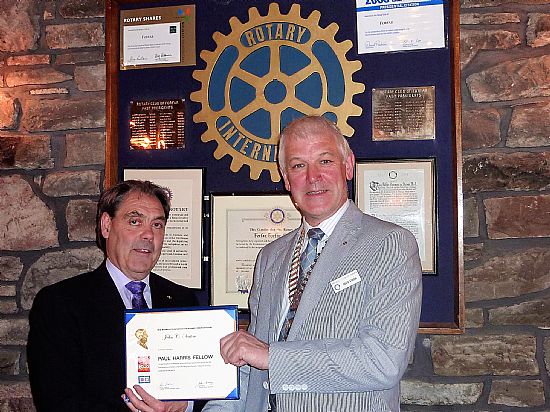 John recieving his Paul Harris from the then President David Stobbs.