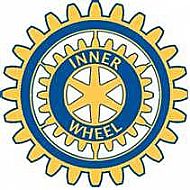 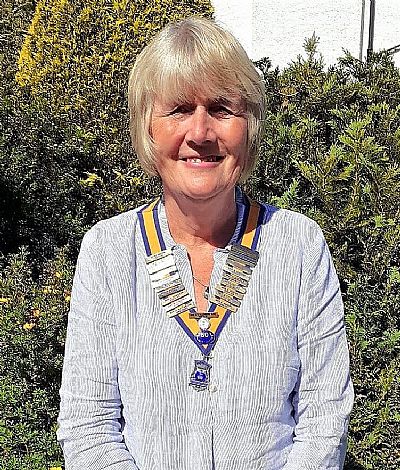 Meetings are held at the Royal Hotel Forfar

6.45 for 7pm on the third Wednesday of the month ( September till June)

President Moira wished everybody a Happy Easter. She was delighted to welcome back Eric Summers and his wife Alison. Alison had spoken at one of our zoom meetings last year so it was nice to have them both in person. Moira then lit the candle of Friendship.

President Moira said she was sorry she had been unable to attend the coffee morning held at Mavis’s and congratulated Mavis and her committee for the amazing total raised for the Ukrainian Appeal. Moira had also been at the Strathmore Hall, along with other IW members, to assist the Rotarians with their very successful Ukrainian Appeal. Moira also reported she had sent a card from the Club to Trish Douglas on her recent elevation to IIW Vice President 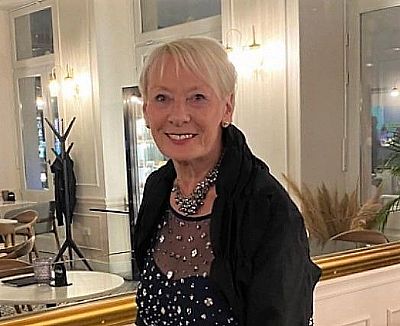 Invitation to the June District Meeting and AGM on Wed 8th June at the Invercarse Hotel, Dundee

Payment details for all donations going to Ukraine

Bridge and golf competitions cancelled due to lack of support

International Service Officer Mavis reported she was delighted with the fantastic sum raised at her coffee morning. £466.06 on the day, a further £110 handed in and the Club rounding up to £600. The money will be sent to the Ukrainian Appeal. Mavis said she was sorry to say that money received from recycling the ink cartridges has been reduced and the last sum received was £14.30 which has been forwarded to the Butterfly Tree but she will continue to collect them, stamps ( sent to Mercy Ships) and books.

Entertainment Officer Mary reported that tickets have been reserved for Pitlochry Theatre on the 7th Sept. Details are to follow.

Club Correspondent Lynne reported she had sent Easter good wishes to all the Link clubs and had received replies from Dursley and Rangiora in New Zealand. Dursley Club like ourselves have been trying to return to face to face meetings and hope that will be the format in the months ahead.

Health and Safety Officer Susan reminded all that no longer was the wearing of masks a Government Guideline but health/ personal choice is still recognised.

Jenny McDade will be joining us as a new member

Virtual Conference was attended by Jean and Susan. Susan gave a precis of all that was on offer. Key addresses were pre recorded but there was an opportunity to have live questioning with some of the speakers. Also information from the Stroke Association, performances from an amazing Aphasia choir and other musical interludes. Information about new charities including Salsshoes (collect shoes and send to Africa ) and Beach Guardian – members collect rubbish from beaches and give to local crafters to make items for sale

Our speaker was Eric Summers, originally from Falkirk , he is well known in the area as he and Alison settled here in 1980. After different posts Eric retired as Rector of Websters High School in Kirriemuir. Eric is very involved in many local organisations Kirriemuir Probus, The Speakers club and was a founder member of the Kirriemuir Literary Society to name a few.

Eric took us on a well illustrated journey through the life of the comic from the introduction in 1825 of the first comic “The Glasgow Looking Glass”. Originally comics had a large proportion of the written word as well as pictures which helped with literacy and as the print was small it could take several days to read. Initially the comics were for boys and had adverts dealing with different issues including how to deal with bullies, how to grow taller, also hobbies and employment. Charles Hamilton was one of the early writers for comics and besides comics he wrote under many pseudonyms eg Frank Richards (Billy Bunter) and Hilda Richards in girls comics/magazines. DC Thomson produced their first comic in 1921.

Many comics were produced over the years for both boys and girls with the Eagle brought out in 1950. This was avidly read by Eric and over the years he has collected many of sought after collectors’ items.

Agnes Mackay gave the vote of thanks. 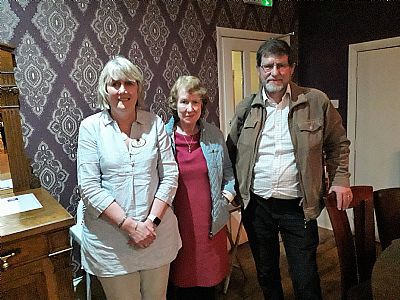 The consultation paper on the future of District meetings was discussed at committee and club level and the 3 options considered.

Yours in Inner Wheel friendship,