The Christmas programme undertaken by the Forfar Rotary Club has reached a successful conclusion when they once more brought some Christmas cheer to the town.

It all began with the switching on of the lights and with Santa making his first appearance to collect the many hundreds of letters handed to him and his helpers. All letters received have been replied to with a few exceptions where reply details were missing or not legible.

The town then saw Santa visit the many streets of Forfar when door to door collections were sought by the eager Rotarians and their efficient assistants from eleven different local organisations. They will be rewarded with contributions to their funds sometime in January when they will be invited to club meetings and we will report on their particular organisation or club.

Finally Santa made his last appearance on Saturday with the kind permission of both Asda and Tesco stores and is now off to put his feet up ready for the big day. Forfar Rotary in indebted to both stores for their support by providing all the oranges and some sweets used during the past month.

None of this would have been possible to carry out without someone being in charge and we at Forfar Rotary are lucky to have Sandy Ogilvie as a member and he masterminded the whole programme. Not only did he do the organising but he attended every night with Santa along with Alan White who was the towmaster with the sleigh. Sandy is now looked upon by fellow members as Sandy Claus. 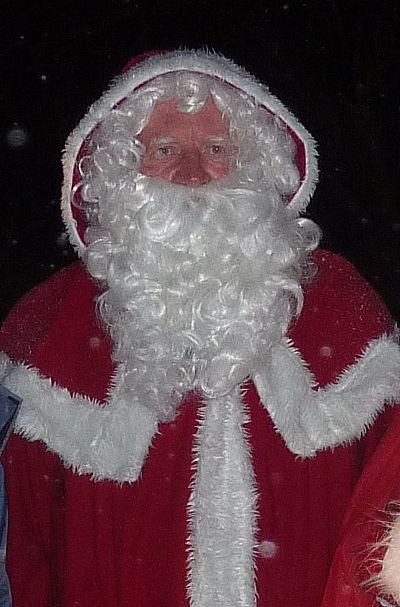 Merry Christmas and a Happy New Year to the wonderful Forfarians for their continued support and good wishes for our future efforts.