Rotary was approached to raise one of the teams to compete in a bonspeil at Forfar Curling Centre against a large group of visiting curlers from the Royal Canadian Mounted Police. Imaginations ran riot, along the lines of meeting some well-turned-out, red-uniformed police staff. However it emerged that the RCMP Club is more of a social club, and the group contained only one ex-policeman! In their rink, Rotarians were given a close game, and like many of the matches at the Winter Olympics it came down to the last stone. The result was a narrow win for the local team.

An excellent time was had by all.

L to R: Sandy Mackay and Roger Avery of the RCMP, with David Russell and Andy McGlynn of Forfar Rotary 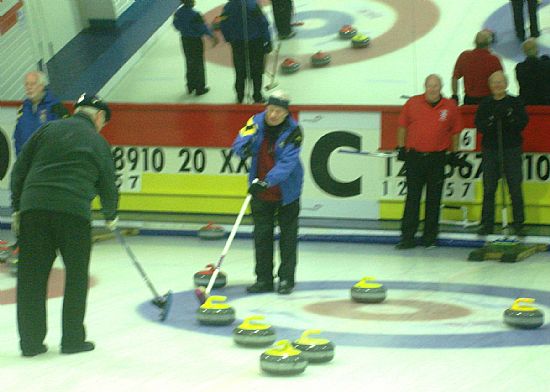