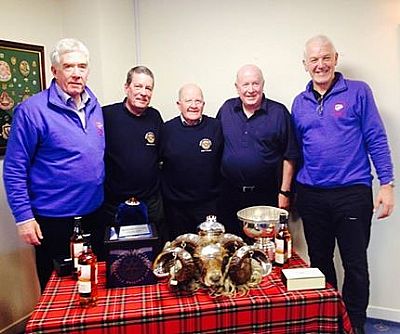 " The Rotary Club of Forfar are once again Winners of the "The Rams Head"  theScottish Rotary Curling Championship , . It's four years since they last won it and this years competition was a hard fought battle. Having managed to get through the preliminary rounds they qualified for the semi-finals in Perth where they played against rinks from Ayr, Leith, and Perth clubs.

After two days of competition Forfar emerged victorious against Leith Rotary in the final. As the winning rink Forfar now qualifies to take part in the Rotary World Championships which is held in every two years.

Had they won last year they would have been going  to Washington USA at the end of this month but their win this year will see them travel all the way to Aberdeen in 2014 to compete in this Bi annual tournament.