A PAUL HARRIS FOR DANNY

Danny Bell joined Forfar Rotary Club in 1971 and was immediately impressed by the welcome he received by fellow Rotarians. He went on to be an enthusiastic member and was fully involved with all the good work of Forfar Rotary. Danny was Club President in 1981- 82 where he presided over his year on office with distinction.

His service to Rotary was recognised by the Club this week when he was presented with a Paul Harris Fellowship Award. For those not aware of this award, it is only given to those who have been recognised by their fellow members as having put “Service above Self”

Rotarians David Arnot and Gavin Drummond spoke of Danny’s impressive contribution to Rotary when Danny received the award during this weeks meeting which was a “Partners Night” at the club.

Danny continues to be involved with the running of the club and is a regular attendee at the School Quiz, The Handicapped and Disabled Club, Curling and Golf etc. 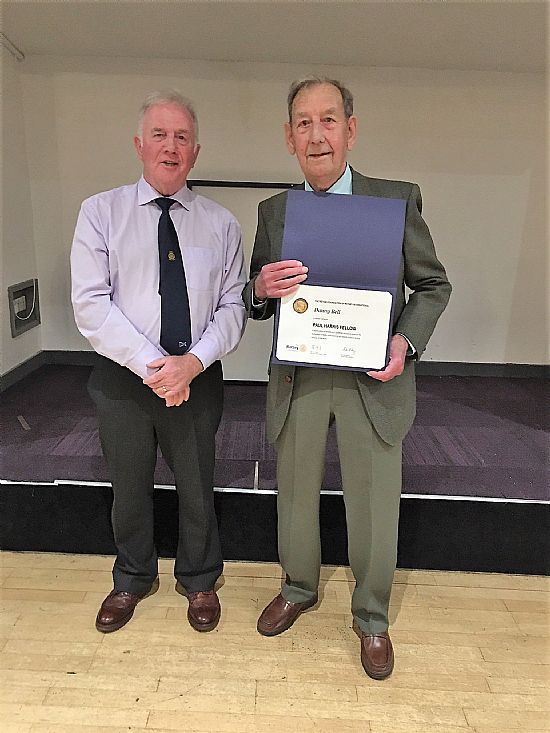 President Doug McFarlane made the presentation and Danny was given a resounding round of applause for his well merited Paul Harris award.