CHRISTMAS OVER BUT NOT FORGOTTEN.

Christmas may be long past but Forfar Rotary has not forgotten about those who assisted during the busy time when the Sleigh made its visits through the town. Such is the willingness of other organisations to be involved the Rotary Club introduced a rota system where some who previously assisted would be dropped for a year to allow others a chance to "earn a bit" for their individual clubs etc.

However the ones who were dropped will be back again next year as others will stood down for a year.
This however has been taken into consideration by the Rotary Club and it was decided that the Four Seasons after School Club. and Strathmore Rugby Club Sharks who stood down this year would receive a cheque through the post for £150 each.Yet another example of Forfar Rotary's pledge to distribute its fund raising back into the community. 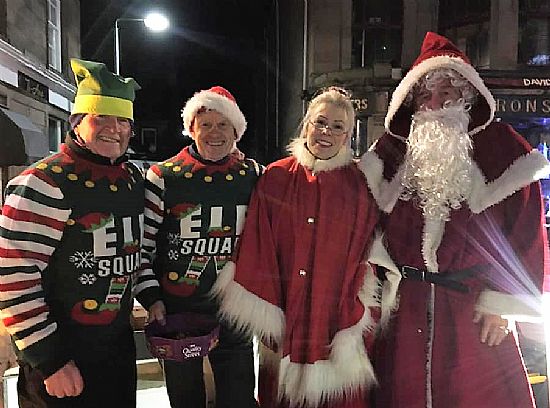 It you read this and think you would be interested in becoming a Rotarian the door is wide open and enquiries are welcomed. We need like many organisations, to attract new faces to Rotary where the satisfaction of helping others is a reward in its self. Contact can be made for more information by getting in touch with any Rotarian and or by using the contact found in our website. www.forfarrotary.org.uk