Wednesday the 6th of Feb. saw the most successful running of the Forfar Rotary’s School Quiz with a record number of schools participating. Six, teams of four battled it out with 10 rounds of 6 questions each round featured a different subject.

Teams from Tealing, Inverarity, Strathmartine, Whitehills, Strathmore and Langlands primary schools competed and did their schools proud. However their could only be one winner and this year this honour went to the team representing Strathmore. So congratulations to them. 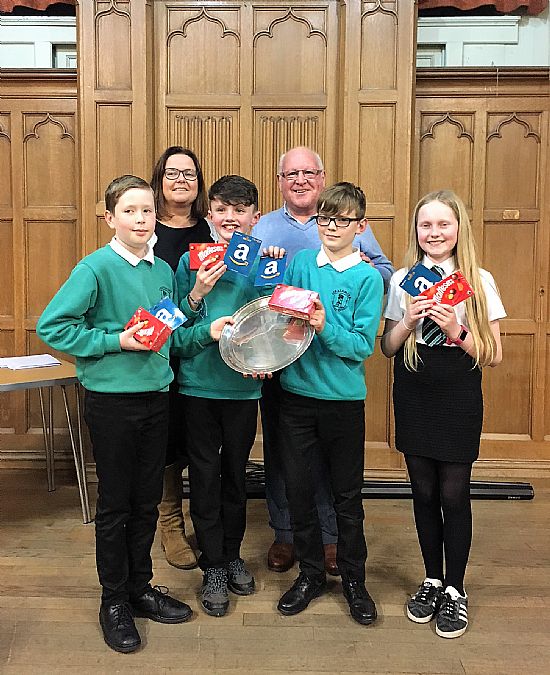 The winning team contestants were Cameron Millar, Kerr McInally, Darci Robbie and Freddie Law, accompanied by Teacher Kerry Walker will now go forward to the next round.

Each of the teams members received a box of Maltesers and the winners each received an Amazon Voucher In all, there were around a hundred people including the teams so it was a very well attended event. President Jim McCluskey thanked the schools for their support commenting how it was the largest amount of teams ever in the competition and this made it all the more rewarding for the Rotarians. The schools were all encouraged to support the event in the coming years as the competition grows in importance to the Rotary Club of Forfar fulfilling its commitment to support the young in our community. 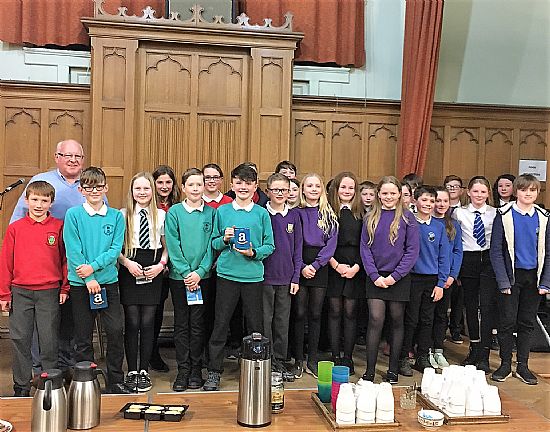