At a celebration dinner celebrating the 70th Year of Forfar Rotary was indeed a special event for the Club.
It was extra special when three members and a supporter of the club were honoured for their commitment to the work of Forfar Rotary by honouring them with a Paul Harris award. this is only done in recognition of outstanding service and commitment. 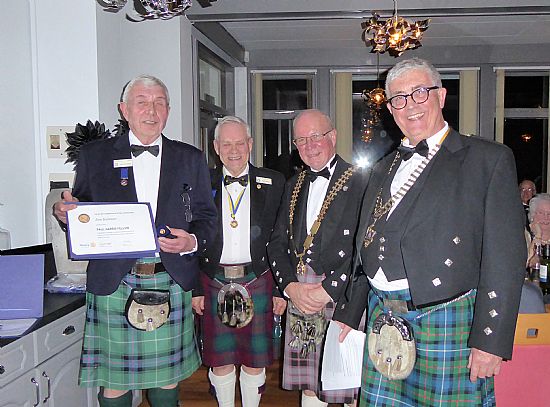 Rotarian Jim Kelman for his support in many of the clubs activities over the years. He has amongst other things hosted the Annual BBQ at his home, and was the main man on organising the Charter Dinner. 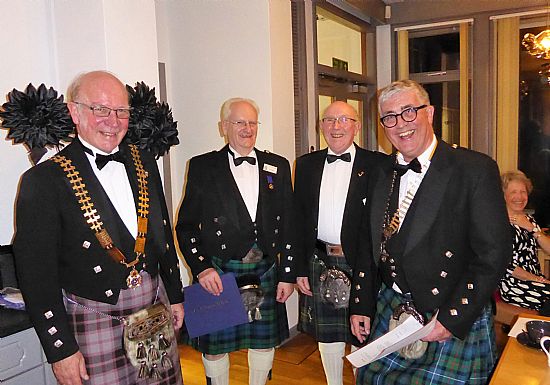 Rotarian Alex Mill who has been instrumental in attracting new members, support in every committee he has either chaired or been a part of, much of the work quietly done but always with huge competence. 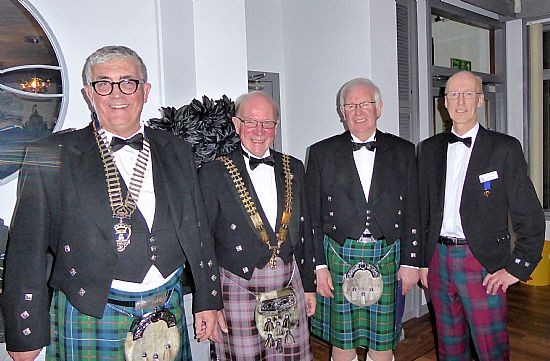 Rotarian Sandy Ogilvie who has over the years been Forfar Rotary's "Santy" Ogilvie for his total commitment to running the Santa Sleigh and Santa at the Cross. Its a huge job and Sandy puts in a month of hard work to ensure its undoubted success. He also assists in planting out and caring for a plot at the Boyle Park and planting daffodils along Glamis Road. 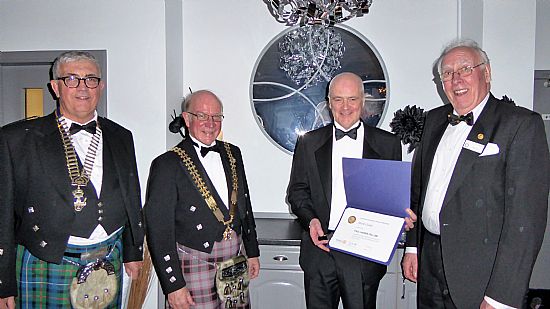 Non Rotarian Mark Guild a supporter of the Club is also honoured for his outstanding contributions to events run by the club but could not be done without sponsorship. Mark was the first sponsor of "The Marafun" and he continued over all the years the event was run. He is now one of the sponsors of the Rotary Clubs event the "Strathmore Classic Car Tour" He assists in other ways in a quiet fashion not seeking publicity but supporting Forfar Rotary and other town events.