The Forfar Rotary’s annual entertainment night with the Handicapped and Disabled Club took place this week, it was enjoyed by all who attended with perhaps the Rotarians enjoying it the most.

President Bill Reid had the pleasure of introducing a new member to the concert party, namely his wife Margaret who came to the rescue to play the piano for the singing part of the night.

An enjoyable supper, supplied by the Rotary Club members was an interlude that allowed time to draw breath before the second part of the night. As well as singing there were Bingo sessions and the ever popular “Big Quiz”, both of which saw great prizes to be won in the form of boxes of Maltesers.

In closing President Bill thanked everyone involved stating it was a part of the Forfar Rotary Club’s annual programme and has already committed the club to do it all again next year.

Scotty is ecstatic at pulling it off. 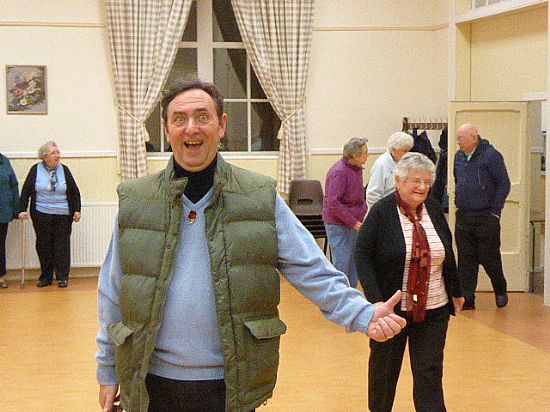 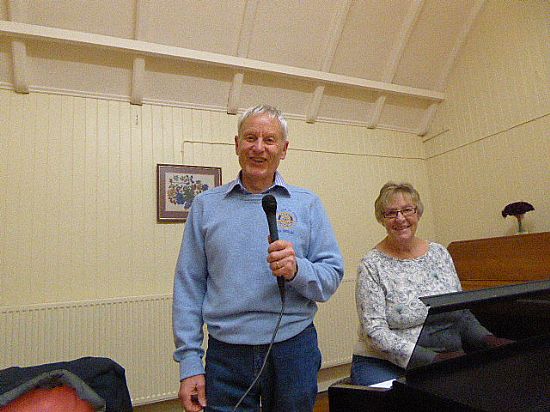 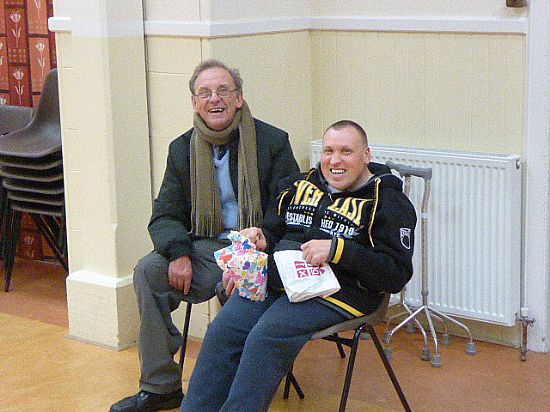