This week eight Rotarians from Arbroath met with eight Rotarians from Forfar in a titanic battle known in rotary circles as The Gavel Challenge. This great sporting event took part in the Stag Hotel and after a warm up session they let battle commence. Not like todays youngsters, there was not a computer or tablet to be seen as they tackled the challenging four tasks. 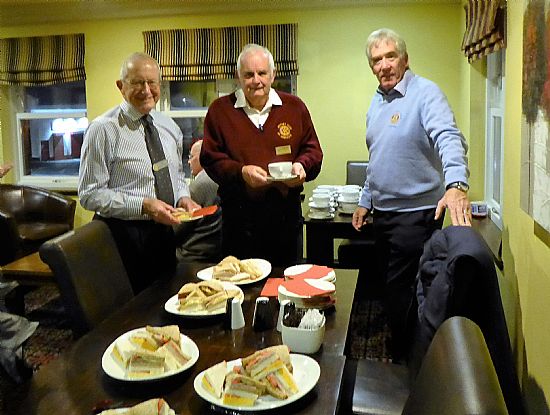 The company then took to the “warm down” with a cup of coffee and sandwiches during which the results were given with a victorious Arbroath Team the winners on the night. It was a good night of fellowship with Forfar now down for the wooden spoon. Ah but there's always next year.