A First for Forfar Rotary

History was made this week at Forfar Rotary Club when Paula Elvin became the first lady member to become President. It was the duty of retiring President Robin Wardhaugh to hand over the reins to Paula and in his address to the club he was sure that the running of the Club was in safe hands.

Paula is a director of the locally based printing and stationary business “Astute” and with her business connections as well as her involvement and participation in other interests will bring a fresh appoach to the rewarding life of hard working Forfar Rotarians.

On receiving the Chain of Office, Paula was very generous in thanking departing President Robin for his tireless work in his year which saw the completion of many new and long standing commitments to the work of Forfar Rotary in both Local and International projects.

Paula commented that her new role as President was a chance to make “change happen” as a fresh pair of eyes can bring about totally new ideas or introduce subtle changes to existing programmes. 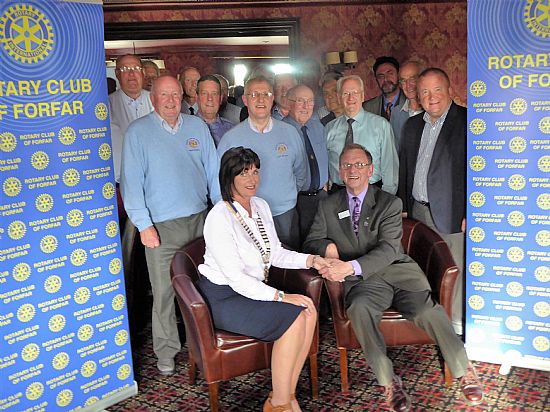 Forfar Rotary members congratulated Paula and hope that her role as president may bring about new membership from both male and female business people who recognise the changing face of Rotary. 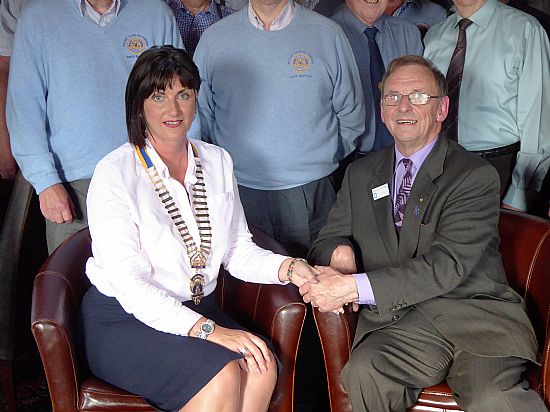