The Last Supper for Alan

In his last night as President of Forfar Rotary, Alan Cairns had an eventful night which after the meal began with the pleasant duty of handing over Awards to Forfar Academy Pupils. The Technology Award was presented jointly to Kieran Dear and Amy Bruce and the Sports Trophy to Connor Patel. 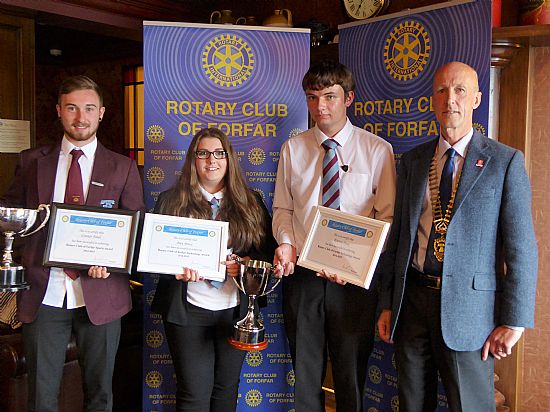 After a summary from Alan to his year in office during which he thanked his Council Members for their support and the whole of the club for what has been a very successful year. He has enjoyed his year and recommended the experience to future Presidents as an honour not to be passed up.

His final act as President was to hand over the Chain of Office to the new President for 2015/2016 well known Forfarian Robin Wardhaugh. Robin thanked Alan for his leadership in the past year and pledged to keep up the good work done by the club and maintaining its standing in the community. Robin then handed over to President Elect Paula Elvin her Chain of Office and congratulated her on being the first Lady Rotarian to have the Honour. 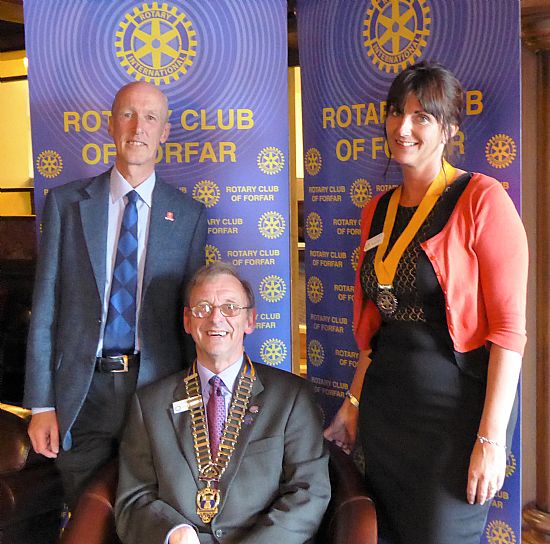