On Sunday 14th September Club President Alan Cairns and Andy Renwick, along with many other cyclists took part in the Rotary Club of Claverhouse's Dundee Cyclathon. The Cyclathon is 26 miles long and follows Dundee's Green Circular Cycle route going in an anti clockwise direction this year.

All the cyclists were flagged off by District Governor Keith Hopkins. 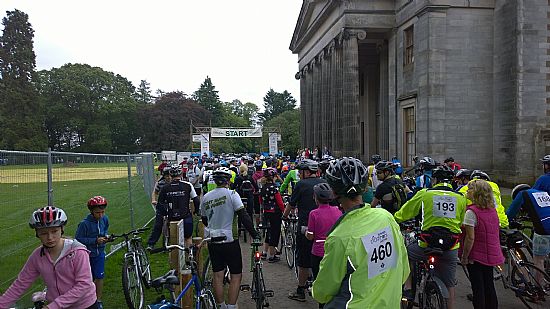 Alan and Andy completed the route in about two and a quarter hours and in doing so raised over £300 for Forfar Rotary
Club's International Project to help build a home in India for the children of trafficked  sex workers. 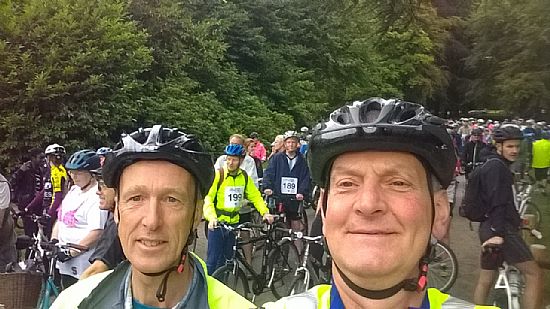 A big thank you to all those that sponsored Alan and Andy. (Not a bad Selfie Guys)