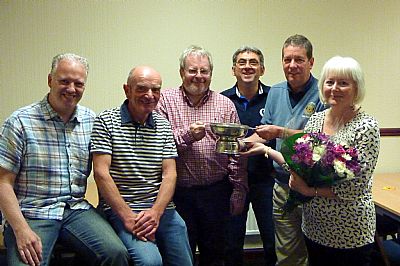 Rotarian Andy McCafferty welcome the teams and introduce Quizmaster David Crompton. From the onset it was heads down, engage the brain and proceed with a series of rounds containing a varied programme of questions. During a short interval the teams were given a short talk by Alan Davie from Victim Support Angus and the important role they undertake where victims are often the forgotten part of crime.

The eventual winners in a closely fought competition were The Nearly Men, winners for the fourth year in succession. Second and third places went to the Dislexic Brains and The Hotshots.

Money raised will go to Victim Support Angus and the money raised on the night will be doubled by the Rotary Club so they will receive in total £870.00