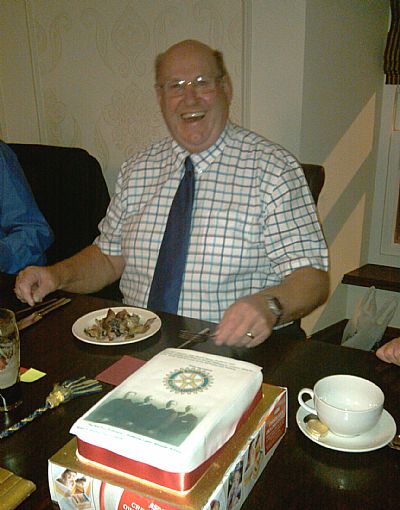 The world's first service club, the Rotary Club of Chicago, was formed on 23 February 1905 by Paul P. Harris. The Rotary name derived from the early practice of rotating meetings among members' offices.

Forfar Rotary Clubs Vice President Scott Ballantyne helped celebrate this important date by donating a cake which depicted the original four Rotarians that started it all.

As Rotary grew, its mission expanded beyond serving club members’ professional and social interests. Rotarians began pooling their resources and contributing their talents to help serve communities in need. The organization's dedication to this ideal is best expressed in its motto: Service Above Self.
President Elect Tim Hale expressed his delight at the gesture, thanking Scott for his thoughtfulness which was applauded by one and all.