Forfar Rotary Club had a meeting this week that had a few scratching their heads. Sports Convenor Andy McGlynn had intimated that the club would be taking part in a game of Curling at the Royal Hotel. Now the Royal Hotel were pleased to allow this but on one condition. “No Ice Please”

As the photos show it was indoor curling but “not as we know it Jim” as Andy had procured a set of curling stones with a difference. Teams were selected in a random fashion and the games began with past curling expertise totally meaningless as players struggle to get the correct weight and little or no bias. Members were in agreement however that it was a successful nights fun and is a precursor to another planned night later in the spring. 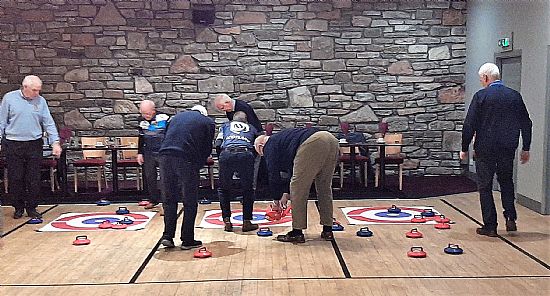 Well done Andy it was certainly different with not a brush to be seen during the curling without ice. 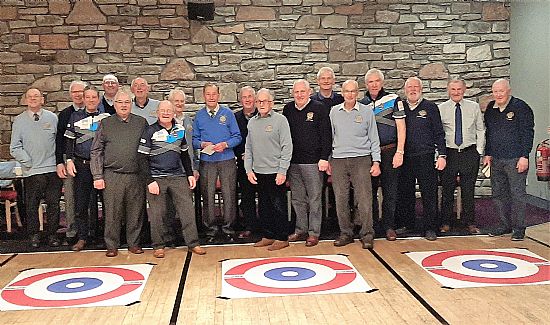