President Jim McCluskey had the pleasant duty to welcome the Forfar Academy Head Teacher Kss Mohamed and the recipients of the two awardees of the annual Sports Award and Technology Award.

The President stressed the importance of forging relationships with the Academy and hope to have further meaningful input whenever the Rotary Club present opportunities to the youth of Forfar.

The Technology Trophy was renamed The Alan White Award in honour of past Rotarian Alan White and fittingly it was handed over by Alan’s son Adrian White to Eve Stewart.

Next the Sports Trophy was awarded to Rhiannon Stewart for her endeavours at the Academy.

It was also announced that we have two members from the Academy going to the RYLS week long leadership camp at Abernethy Rachel Fotheringham to the Girls week and Kyle Bennet to the male camp. We wish them well and are sure they will have a memorable week. 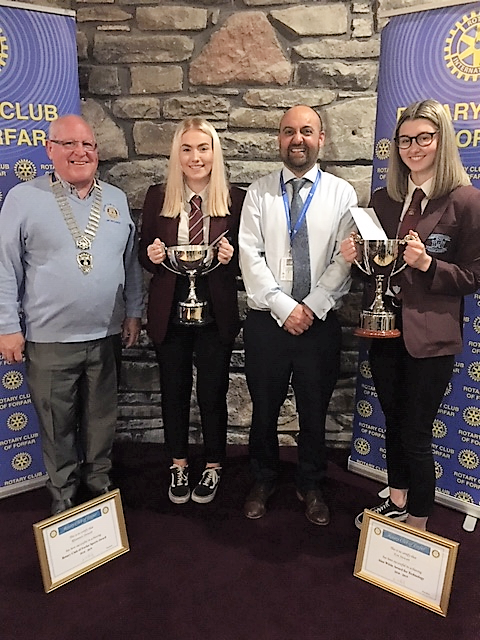